I’m a 4th year industrial design student. I’ve learnt that design for me is to create experiences that evoke joy to the user.

Since the beginning of time, light has been a core element of human life. It regulates the living cycle for every breathing cell on
the Earth as well as impacts mental and environmental mood.
Yellow light is known to evoke a sense of warmth and peace,
similar to the senses evoked in the presence of your loved ones.

Van means Friend in Swedish and vehical
in English. Van is a friendly autonomous
companion that improves the experience
of a family with young kids at an airport.
It creates a friendly distraction by playing
with the kid while keeping an eye on him.
The UI of the robot consists of speakers and
two touch-screens that have a camera and a
microphone. Parents and children can talk
to the robot or touch one of the screens in
order to access any function. Through the
interface, parents can be guided to their
boarding gate, look for flight hours, call
medical aid in case of an emergency, ask for
their children back if they are playing far
from them, and disable most of the touchscreens’ functions and onlyallow their chilWhen parents go get the robot, it comes
with bracelets that children wear. These
bracelets are fitted with a RFID chip that
make possible for the robot to track and follow them. If a child gets lost in the boarding
area, the robot can easily find them thanks
to that RFID chip in the bracelet.
Parents can download and install a special
phone app linked with our robot assistant.
In this app, they can book the robot in advance, enter data such as their name, scan
the barcode of their boarding pass, pay for
the service, set a zone in the boarding area
in which their child is allowed to play, track
the child and tell the robot to get them
back when it is time for boarding the plane.
dren to talk to the robot. Children can call
their parents, ask for help in case of emergency or just play with the robot. An on/off
button is located in the lower part of each
screen: parents can turn a screen on or off,
depending on if they need both screens or
only one. When not in use, the screens of
the robot show two wide open eyes. When
charging, the screen is off.
Vän can be fitted with optional friendly-shaped accessories. These accessories are
very easy to put on the robot – parents just
need to insert them in the slot on top of
the robot. To remove them, simply press
one of the two “push” buttons. Each accessory has two projectors – one on each side
that show interactive games on the floor

Robots charge their battery wirelessly.
They gather to a charging station that has
platforms on which the robots rest and
get charged. Each station has a totem with
the Vän logo on it. There are two types of
charging stations: a big one, with a big totem, that can fit up to 10 robots, for the
entrance of the boarding area, showcasing
Vän. A smaller version, with a smaller totem, that can fit 3 robots, placed in various
places of a huge boarding area, mostly close
to the boarding gates. This kind of charging
station has the purpose of making the robots immediately available to families and
shortening the trip of a robot that needs to
be charged. 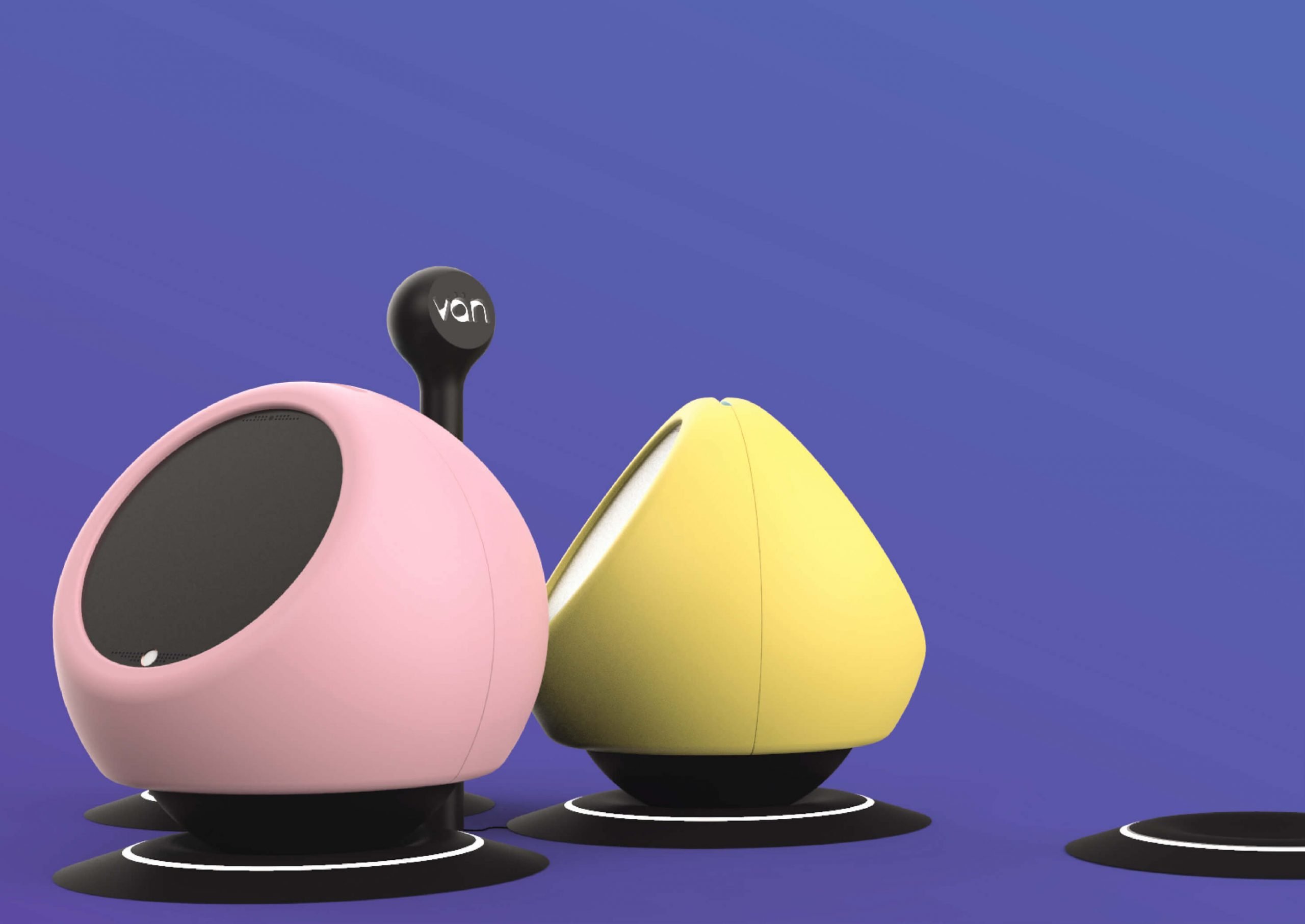 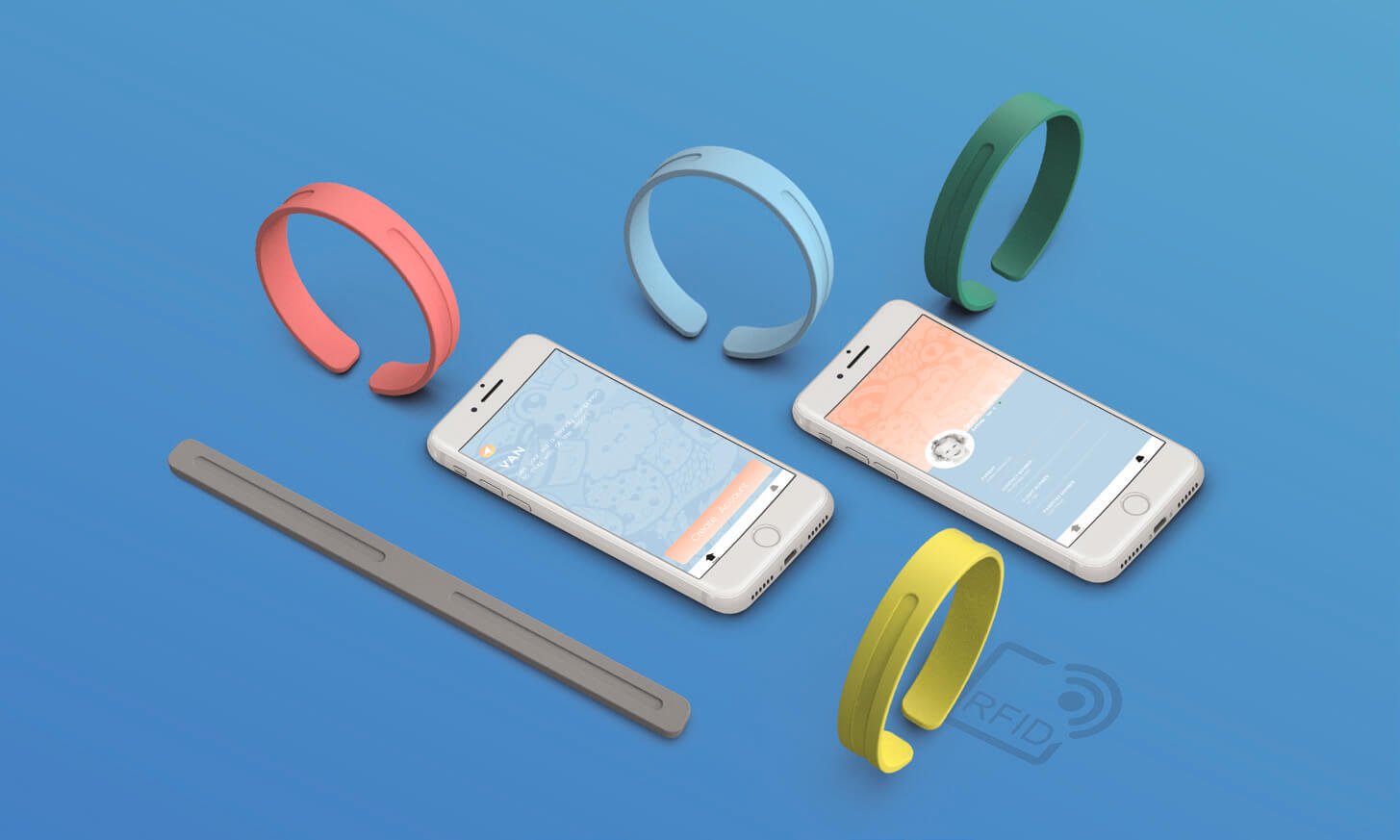 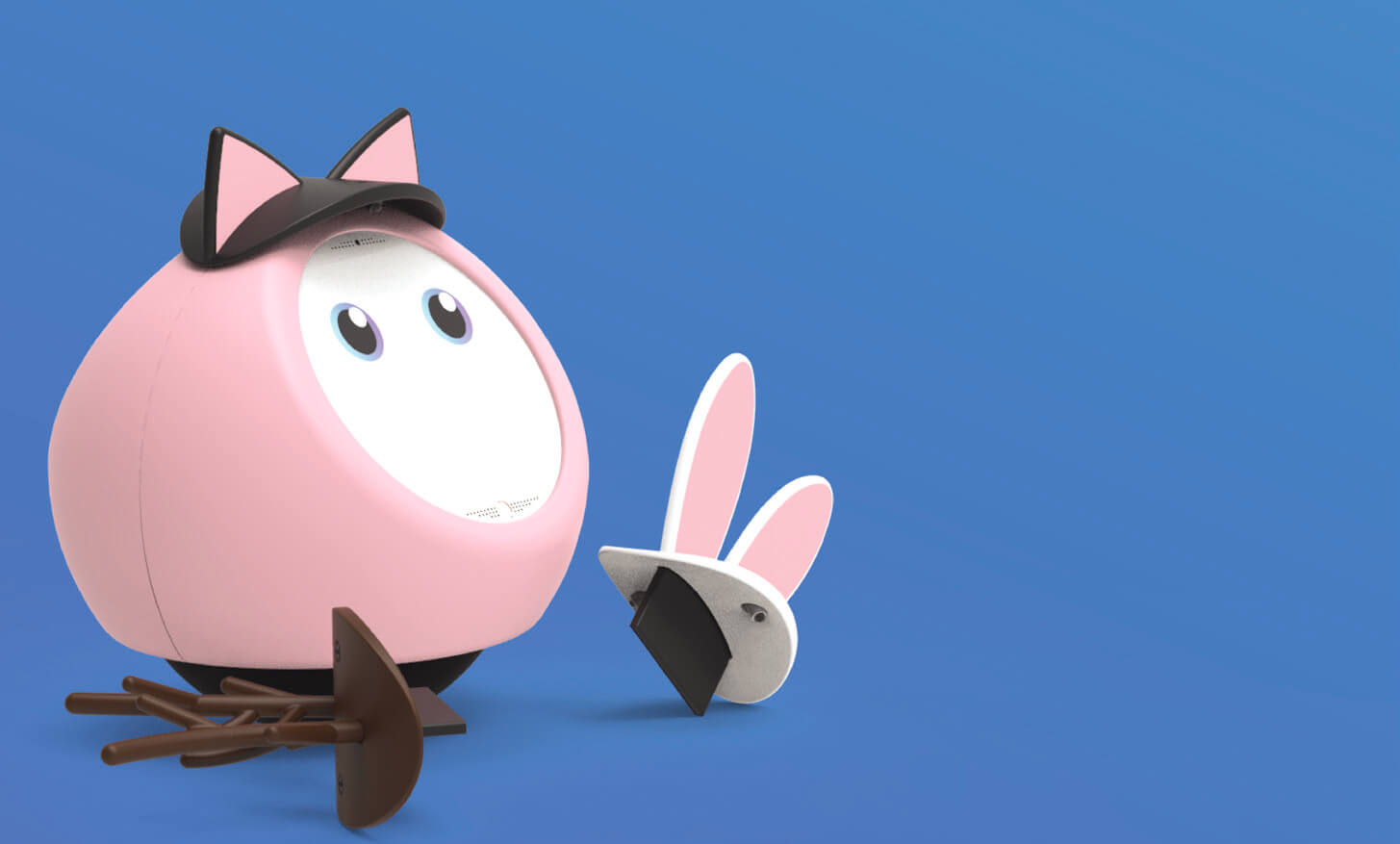 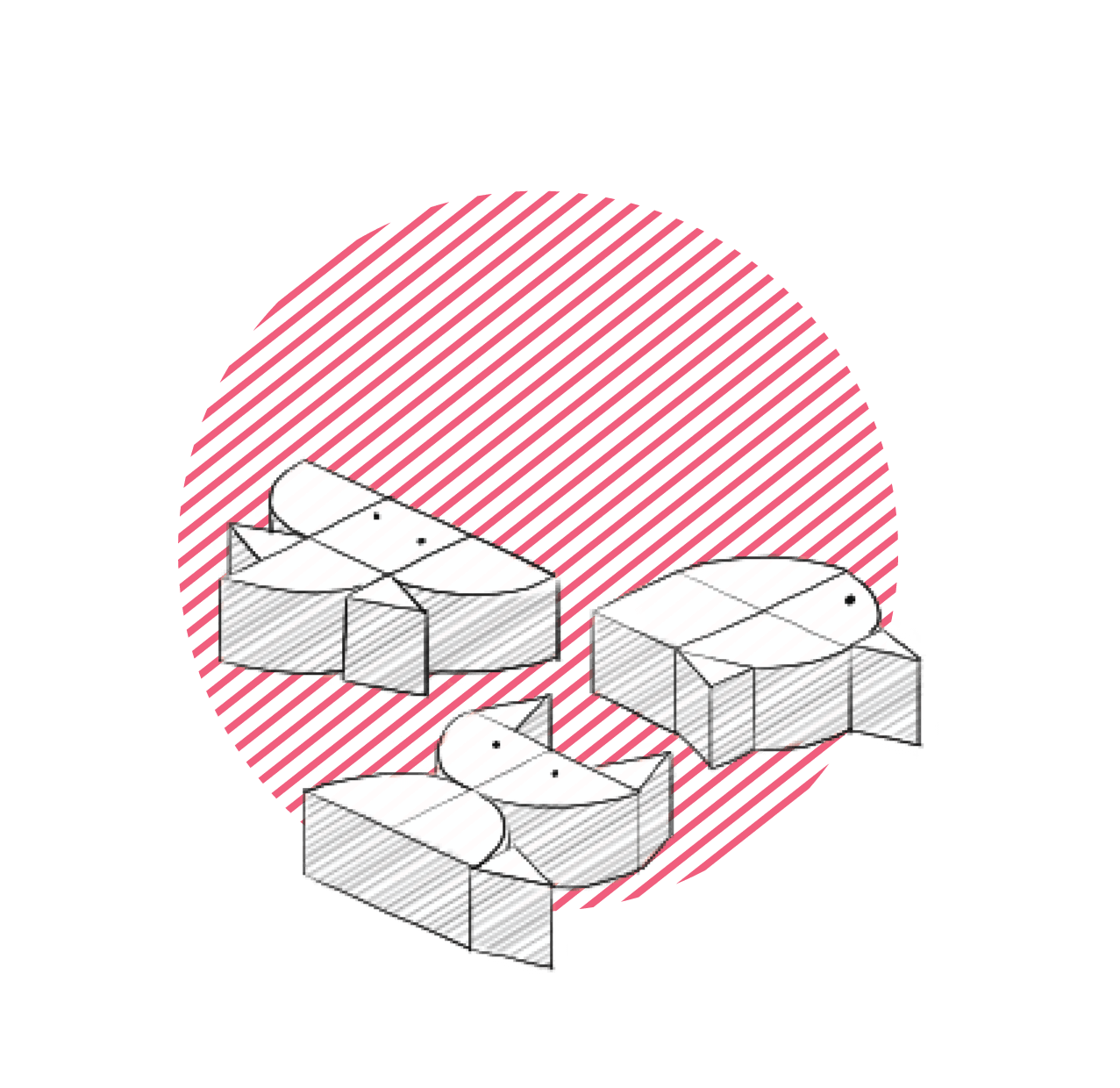 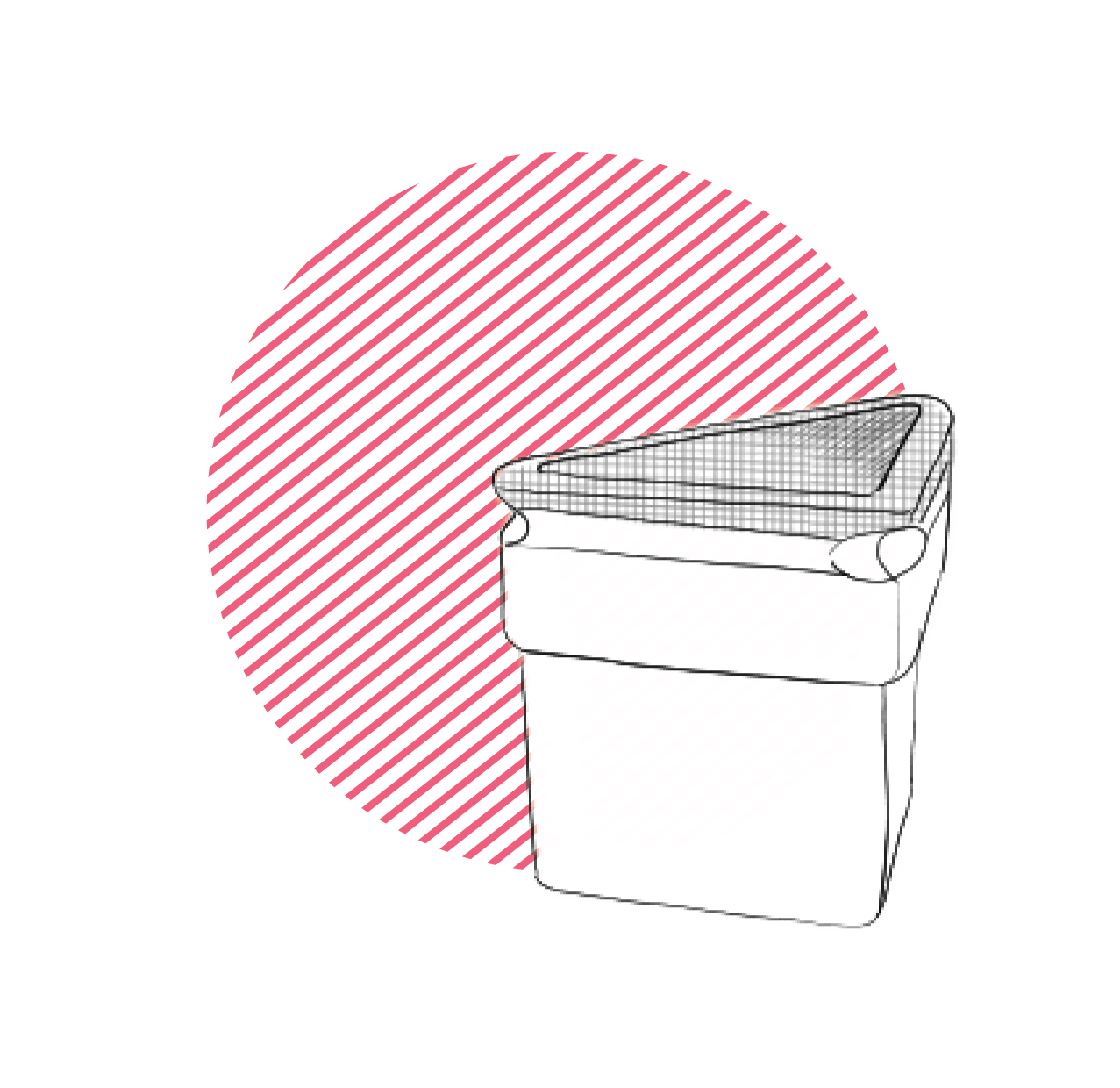 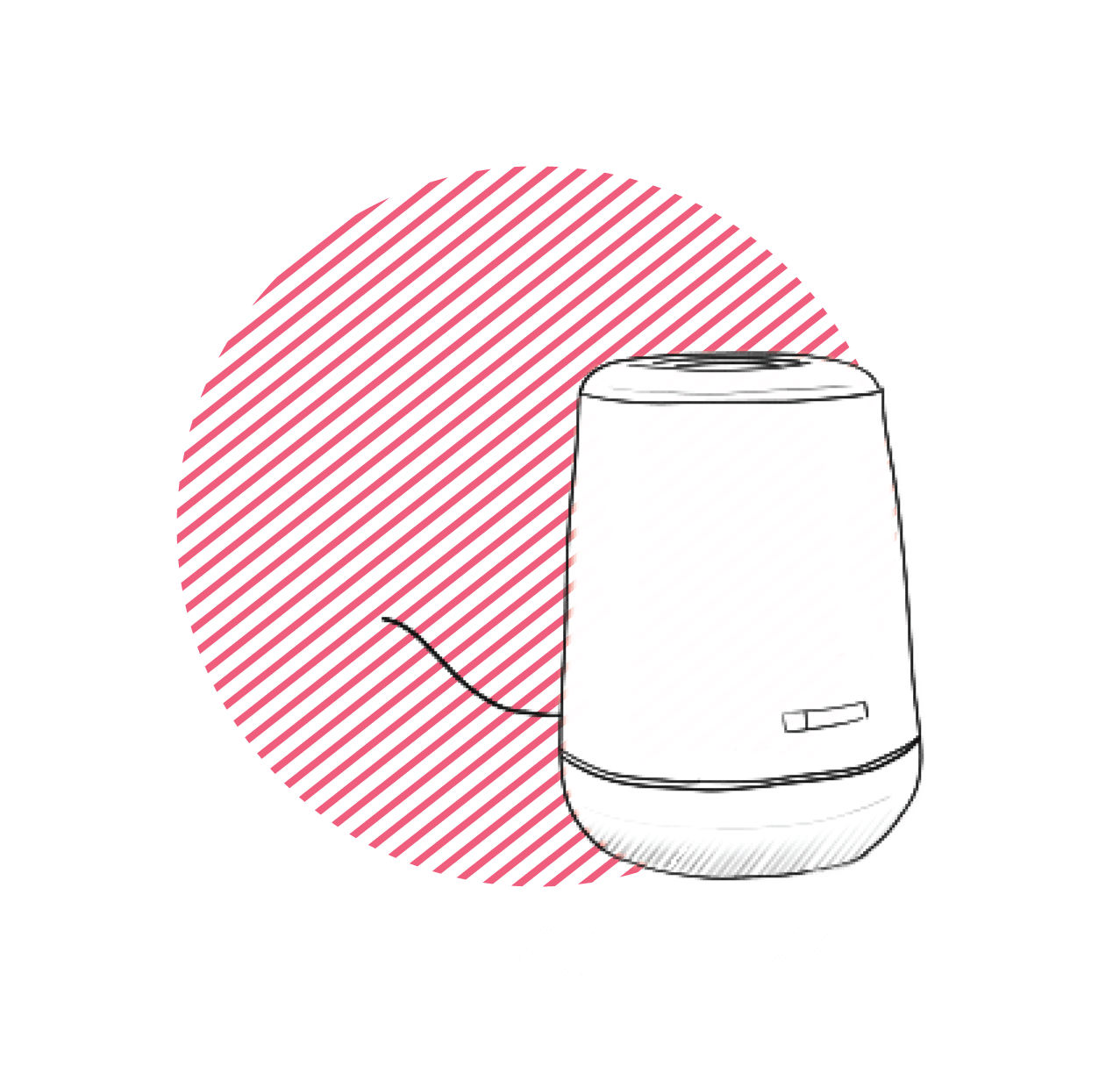